At the end of 2016 Google announced it would be launching App Maker. According to Google App Maker is a:

A couple of weeks ago some of our customers that took part in an early adopter programme got the message they have access to App Maker and could start building their own apps. This of course gave us the opportunity to dive into this as well and look at the possibilities this tool give us. Well as it turns out, App Maker is pretty great! We’ll give you 6 reasons why: 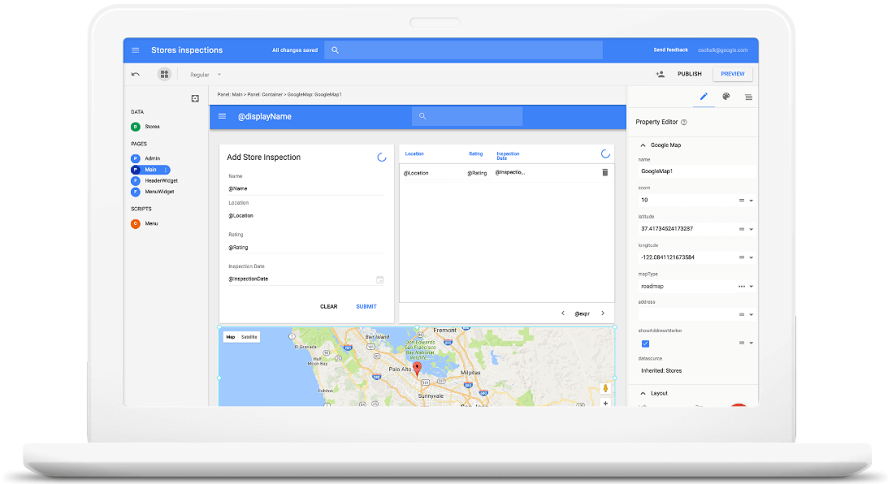 Nice to meet you! My name is Rogier Duin and CCO at Incentro, I bring our vision and solutions to our partners. Digital transformation is about more than just IT. Your culture is key to your success. Incentro knows that all too well. Of course, we’ve got the IT covered. But just like you, we needed to take a critical look at our way of working. Because we know that progress isn’t possible without change. Want a stronger digital position, but don’t know where to start? Perfect. Together, we’ll use insight and technology to place you firmly ahead of the competition. Everything will be digitalized. It’s inevitable. You could sit back and watch it happen, or we can make a digital breakthrough together. Are you bold enough to step into the unknown? We are. And we’ll be with you every step of the way. Not to do a bit of a refresh, but to truly do things differently – for a change.

How to exceed customers expectations and enable sustainable grow